A Texas Ranger and His Winchester 1894 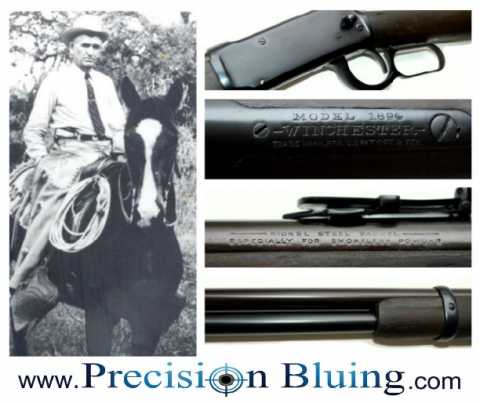 In 1823, the Texas Rangers were unofficially created by Stephen F Austin, and formally became a division meant to protect the Texas border in 1835. Throughout history, they were involved in a number of well known events, such as stopping the assassination of President William Taft and the aprehension of criminals such as John Wesley Hardin and Bonnie and Clyde. Needless to say, they were a tough group!

We recently had the honor of restoring a Winchester 1894 that belonged to one of the very first Texas Rangers, a man by the name of Stephen Ernest Best. After a long career in law enforcement, Ernest joined up with the Rangers at the age of 52 and before long was a Captain among them. He was well known for being a fair enforcer, and had the respect of parties on both sides of the border. Best worked as a Ranger until 1947, when he retired to Austin and became a sherrif in Travis County.

After Ernest Best passed away in 1953, his Winchester 1894 was passed down from father to son, where we had the joy to come into the picture! Because of the nickel in the barrel, this beautiful piece came out less "blue" and a bit more purple, but it once again just shows how unique this piece is. If you'd like to learn more about Stephen Ernest Best, you can read up on him here!