We are a small company with the ability to do extremely personalized work. We have been in the metal refinishing business for over thirty years!

Precision Bluing has an FFL and so we can handle transfers of both long guns and hand guns as well as all of your bluing needs.

We have had literally thousands of customers and have yet to have even one be disappointed with our work. The vast majority have turned into repeat customers and dear friends.

Have you ever known of any bluer that can take this: 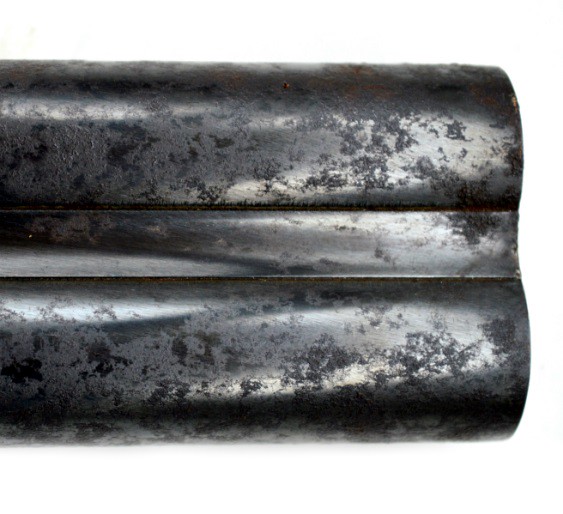 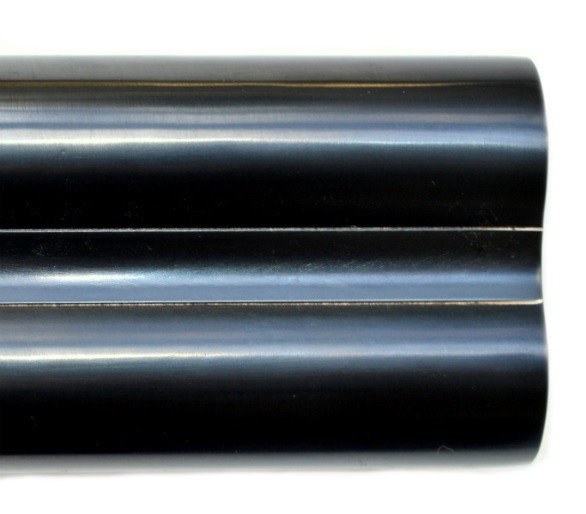 Precision Bluing was borne out of owner Mark Smith's love for guns and target shooting, coupled with thirty plus years of experience in the field of metal finishing. Often, in the course of employment at Greene Technologies, Mark would be asked to blue and/or polish a weapon, and the results always yielded a very satisfied customer. After being encouraged many times over the years, Mark made the decision to comply with the requests and open his own business. Due to the fact that there are no local bluing labs, and patrons are forced to send their work out of state, many fellow gun enthusiasts and gun professionals have ambitiously lobbied for Mark to open his own shop. For years, Mark was Precision Bluing's sole personnel, bringing with him a vast amount of experience in the field of metal finishing. As Precision Bluing has grown, Mark has taken on additional help as needed when there is an unusual amount of bluing to be done.

Mark is married with three children. His education consists of some college. His work experience began with custom painting Corvettes. He received several awards including "Best of Show", "Best Use of Candy", and "People's Choice". He then accepted a position with Magnetic Laboratories. This allowed him to expand his knowledge into that of industrial painting and chemistry. He held the position of supervisor.

After four years, he went on to form Acraft Enterprises, an industrial paint company. Here he built, inventoried and maintained a three-shift paint shop. The company maintained a staff of thirty. Five years after starting this company, he was hired by Triple Cities Metal Finishing as their supervising chemist. He built on his experience in the field of metal plating and chemistry. He eventually was promoted to manager.

A move forced him to have to leave the company. He then accepted a position with Greene Technologies as their supervisor in the Metal Plating department, as well as the Powder Coat department. He was with this company for eight years. He added to and modified many of their traditional processes. He also modified the entire waste treatment system and participated in a Tier 1 Acute Toxicity Test for the DEC/EPA.

Through all of his experience, he has become extremely knowledgeable and adept at handling all chemical processes with regard to metal finishing. It is clear that Mark has the ability to make Precision Bluing a very quality-run business.

We blued our own guns for quite some time. Several local gunsmiths saw our work and convinced us to go into business. We have been doing this now for several years and we do it very,very well.

We will guarantee that you won't find ANYONE that will do a better job or be more meticulous with your project! Promise!